When it comes to farewells in the music industry, desperately few are as gracious and as final as The Statler Brothers’. After nearly five decades of touring and releasing a steady stream of music, effectively becoming the most decorated act in country music, the last curtain call came in 2002 in Salem, Virginia — close to where it all began. The quartet that originated in Staunton left it all on the stage, gifting us gem-after-gem and one show after another, culminating with a farewell concert even casual fans can appreciate.

My love for the Statlers is thanks to Grand Theft Auto: San Andreas of all things. That video-game shaped my musical tastes as a youngster, who shouldn’t have been playing it in the first place. The in-game country radio station housed two of their songs: the socially conscious “Bed of Rose’s” and the weepy ballad “New York City.” I was profoundly moved by both. I was captivated by the group’s natural harmonies and affecting lyrics. The Statler Brothers’ formula for music-making was relatively simple: take gospel harmonies and lace them with country songwriting. The end result was a massively successful group that epitomized all things good and wholesome about the quintessential American artform that is country music.

The Statler Brothers: Farewell Concert took place at the 10,000-seat Salem Civic Center in Salem on October 26, 2002, following the band’s 38 years on the road. The home video release treats us to 90 minutes of what the Statlers do best: sing, harmonize, and interject their performances with corny but amiable comedy, largely thanks to Harold Reid, the jester of the group. By this point, the group’s mainstays were largely in tact, from Harold, his brother Don, and Phil Balsley; Jimmy Fortune replaced founding member Lew DeWitt after he fell ill in 1983. Seldom is a member’s integration to a group been as seamless as Fortune’s, who didn’t miss a note and even went on to pen “Elizabeth,” one of the Statlers’ most well-known songs. 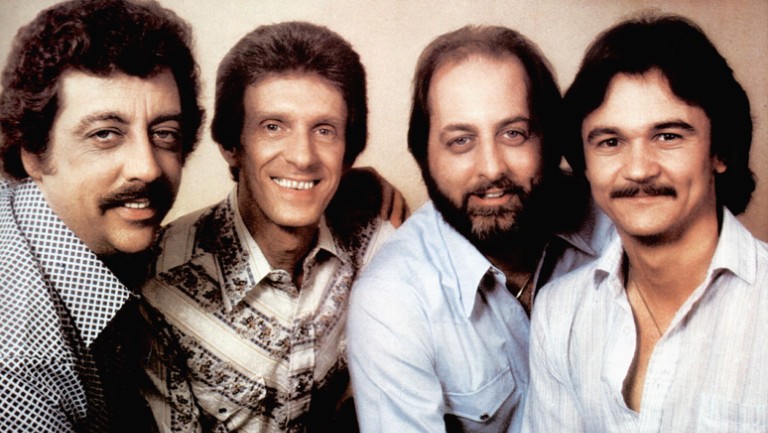 This farewell concert is a royal treat for fans. Take note of how animated Harold Reid gets early on when the band moves to sing “Bed of Rose’s,” shouting “love that part!” following the line “She was called the Scarlet woman by the people, who would go to church but left me in the streets.” Also note how he substitutes True Grit for Tombstone as “the only film he’s really understood in years” in the quick-witted ditty “Whatever Happened to Randolph Scott?” Moreover, the sheer level of gratitude that seeps from their voices during “Memories are Made of This” cannot be understated.

Beyond Harold, however, each Statler played a part in the band other than tenor, bass, or whatever sound produced by their gifted voices. My eyes always find Balsley, who lived in the background despite being centerstage. He is sometimes referred to as “the silent Statler;” even on the entertaining Statler Brothers Show, he was a man of few words outside of his song lyrics. Lanky and astute, his baritone is one of the most underrated in country music. Meanwhile, Don Reid played the role of ringleader with great command of his audience and Fortune brought a soft edge to the group (notice how many times he throws up the “rock on” hand gesture throughout this concert). 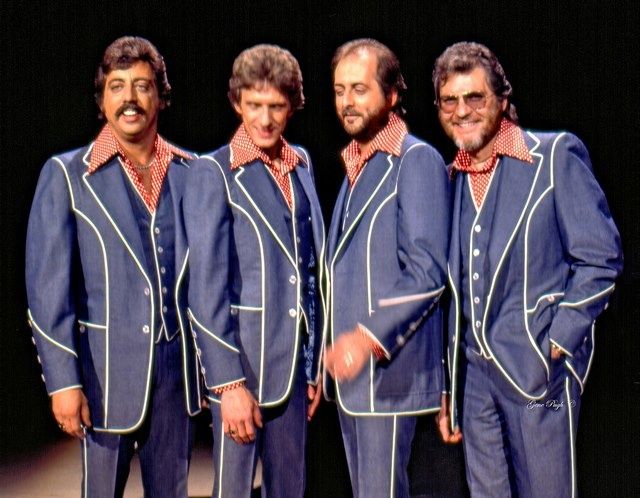 The Statlers further show their class by bringing their backing band centerstage for a rollicking instrumental number about two-thirds of the way through the show. Don Reid’s “thank you” spiel includes the technical crew, the managers, the lawyers, and of course, their wives, who graced the album cover of their greatest hits collection because they were “the women who make us great.” For how ubiquitous their music was from the 1960s to the 1980s, they did things differently. They never relocated to larger music metropolitans. They remained local boys in Virginia, purchasing their old elementary school, converting it to their offices before refitting it into a museum to showcase their rich history.

If you’ve unfamiliar with The Statler Brothers, their farewell concert isn’t a bad starting point. Neither are clips from The Statler Brothers Show. Their music has a timeless appeal thanks to the emphasis on vocal harmony, the delightful pairing of complimentary voices, and the lyrics that often emphasize love, nostalgia, friendship, social commentary, and occasionally sadness (“The Class of ’57”). Had I been the age I am now back in 2002, I would’ve paid top dollar to see this show.

NOTE: The Statler Brothers: Farewell Concert is available on DVD via their website and other online stores and can be accessed on various sites such as Vimeo.