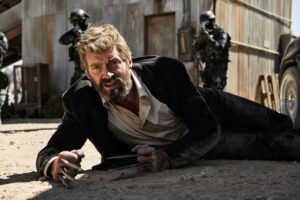 I’ll be the first to admit when I settled down to watch Logan, I was not in the most optimistic state of mind. Do we really need another movie from the X-Men franchise that focuses on the same character when there are dozens upon dozens of other characters from the universe that haven’t even made cameo appearances in other films? With that, I still had the bitter taste of the dreadful X-Men: Apocalypse in my mouth, which I’ll always remind people when they claim Batman v Superman: Dawn of Justice was the worst superhero film they’ve ever seen.

But after the first half hour of Logan went by, I found myself unexpectedly gripped by the intense events occurring, in addition to worried about the ailing characters and their precarious situations. By the end, dear reader, I was moved, for the first time in a blue moon, by a superhero movie. In particular, a superhero movie that wasn’t oppressively bleak but also wasn’t too preoccupied with carnage to the point where everything that came before the climax was left a faint memory.

Part of my praise might be as a result of the R-rating, which finally allows Wolverine to bloodily slash his enemies and consequently be slashed. It also allows for more authentic dialog to flourish in the face of repetitive, monosyllabic interjections that render banter toothless and void of really anything. It also permits the film to be grittier, more in line with Mad Max: Fury Road than the candy-colored look of Captain America: The Winter Soldier, with a lot more audacity in its aesthetic than any of the franchise’s previous installments.

The film is set in 2029 where mutants are just about extinct due to a virus claiming the lives of those living and stunting the births of others. Wolverine, known by his nickname “Logan” (Hugh Jackman), has aged greatly due to his body essentially being poisoned from the adamantium inside of him. He works as an alcoholic, drug-hustling chauffeur, living inside a warehouse on the Mexico border, taking care of the equally ailing Professor Charles Xavier (Patrick Stewart), who can barely move and suffers from seizures that render him and everyone in a nearby radius debilitated.

Logan is eventually visited by a nurse named Gabriela (Elizabeth Rodriguez), who puts him in charge of her eleven-year-old daughter Laura (Dafne Keen), who turns out to be Logan’s daughter. Laura bears the same kind of retractable claws her father does and wishes to go to a place called “Eden,” located in North Dakota. Soon after being acquainted with the young girl, Logan, Professor Xavier, and Laura are sent on the run when Donald Pierce (Boyd Holbrook) and his henchman, all working for the anti-mutant company Transigen, come looking for Laura. Through Logan and Professor Xavier’s worsening health, the three try to make it to North Dakota and rescue Logan’s friend Caliban (Stephen Merchant), an albino mutant who was abducted by Pierce.

Being we have a group of characters traveling mostly through the deserts of Mexico, outrunning a group of hideous-looking men, my connection to Mad Max: Fury Road goes beyond simply any sandstorm aesthetic. At times, Logan mirrors the way that film embraced such wild and crazy action setups, but this film keeps things more grounded on the characters around them.

We witness an almost unrecognizable Wolverine, with baggy-eyes, a bent posture, and an ugly demeanor to compliment Dr. Xavier’s descent into old-age as well. These once noble and perfectly sculpted heroes look dreadful as they are now sent on a physically exhausting romp through sun and sand to taxi a little girl who doesn’t speak for much of the film. They know they’re all she has and she is the only thing keeping both of them alive.

The emotion runs deep in Logan, largely thanks to Hugh Jackman, who takes his iconic character up several notches to give a performance that honors the complex Wolverine character. Jackman’s performance also works with Scott Frank, James Mangold, and Michael Green’s screenplay to challenge the kind of image actors should be painting for these comic-book characters, breeding an abundance of character flaws to these ordinarily flawless beings. The trio of writers show us such a pitiful decline and fall of these characters we’ve followed for the better part of seventeen years that we’re reminded about how, even through weaker installments, the time we spent with them had some sort of effect on us.

Alongside Jackman is Dafne Keen, doing a lot with a performance that’s mostly made up of mannerisms for the first two acts of the film. Though Keen isn’t given many lines of dialog, she, at times, seems just as assured with herself and her character as Jackman. She gets by on her emotions not always being obvious or easily communicable, but her character’s loyalty to her often contemptible father sometimes is louder and stronger than any dialog we need to hear.

The pacing for Logan is also very good, never struggling to present us these characters or their stories in a way that’s coherent. This, again, comes down to the strength in Frank, Mangold, and Green’s script, which does such an intricate dance, trying to conclude a long chapter in a larger franchise and giving us something worth remembering and worth feeling. When we arrive at the sentimental core of Logan, it’s expertly handled, not tacked on nor forced, as it serves as a culmination of Jackman’s commitment and his character’s indelible legacy.

Logan is both mature and melancholic, as good as any superhero movie released this decade and probably better than most of them. The best of this genre work to transcend what the good or average look to make the prime attraction. We know we’re going to get beat-em-up style action scenes and a good deal of bloodshed in the latest Wolverine movie. It comes with the territory. What we stay for, and subsequently remember, are the affects, the emotion, and the characters behind the bloodshed, as difficult or as incorrigible as they can be. Logan knows this, and as a result, is exceptional because of it.