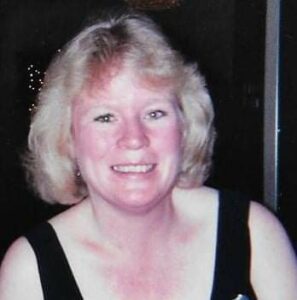 “Like a thief on a Sunday morning,
it all falls apart with no warning.
Satin sky’s gone candy-apple green
The crushed metal of your little flying machine.”
– Bruce Springsteen, “You’ll Be Comin’ Down”

You can sometimes discern what kind of day you’ll have within the first few minutes you’re awake. Maybe you wake up to your dog having an accident on the rug. Perhaps you spill coffee on your lap getting into your car. Or you’re lucky and your commute to work is unusually swift. Most days are decisively middle of the road for many of us, but general happenstance mere minutes into your day can curb your mood and define the next 12-15 hours you’re awake.

Not even five minutes after I woke up dark and early at 4:30am on August 5th, 2021, I came to my phone to see my father, Gary, calling. Before answering, I pulled down the notification bar and saw 19 missed calls throughout the early morning hours. I answered. “Mom’s gone,” were the first words I heard that day.

I always knew there would come a day I would have to write a piece in remembrance of my mother, Mary Pulaski. If you knew her personally, or at least met her through me, and this blog underwhelms or fails to do her justice in your eyes, I do apologize. Frankly, I thought I’d have more time with her before I had to write it. 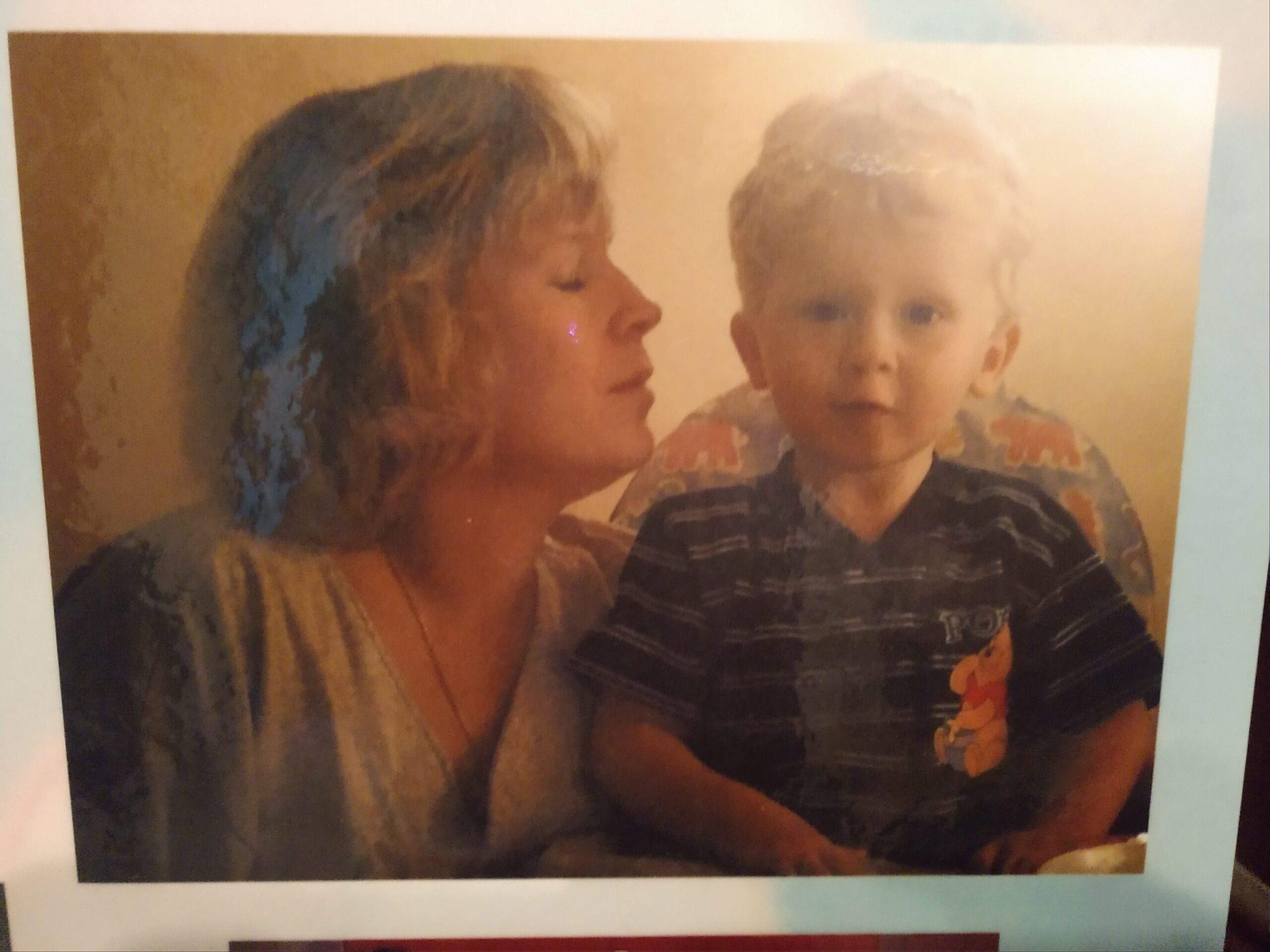 My (new) favorite picture of mom and me

My beautiful, loving mother passed away at the age of 58, devastatingly young. These past two and a half years have been a living hell for my father and me. Maybe one day I’ll indulge in specifics, but today is not that day. At this point, if you know, you know, and there’s a reason you know. I could spend the rest of this piece writing about the last two and a half years and it wouldn’t make a bit of sense, less so to those who actually knew Mary and the radiant woman she was.

Time and time again, I’d tell her I needed her to live to be 95-years-old. That would make me 62, and by then, I would tell her, “I think I’ll have this life shit figured out.” The sad fact is she didn’t even live to see 59.

All that said, her death was sudden, even to my father and me. Returning to that morning, I promised my father I’d be home shortly. I called into work and said I’d be out indefinitely. I paced around my apartment in a fog before changing out of my work clothes into my casuals. I then laid on my couch for about 30 minutes; my loyal cats, Siskel and Ebert, found their way to my side in a matter of minutes. They could sense something wasn’t right. What I felt was a crippling sense of numbness that persisted my entire drive back home. I didn’t shed a single tear initially. I blared music on a drive I can barely recall.

I finally pulled into my parents’ driveway around 7am and saw my father and his two bosses standing on the porch, bawling their eyes out. The gravity of this dreadful situation hit me. My heart sank. Between the four of us, we could’ve initiated a flash flood watch with our combined tears. At that moment, whether I knew it or not, I was welcomed to the longest day of my life. On top of a whole new way of living. I made close to two dozen phone-calls before 12pm, and hung up in tears after almost every one of them.

I’m not here to recount the worst day(s) of my life. I’d rather pivot here and talk about what my mother meant to me. 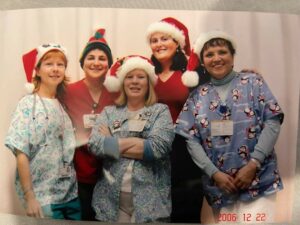 My mother (center) amongst her loyal squad of nurses, all of whom I still know today

My mother was a saintly woman. A steadfast nurse for more than three decades, she gave everything to her family and her patients, eventually neglecting herself and her own wellbeing in the process. Beyond all the adoring sentiments, her family and her closest friends reiterated one constant point to me: I was her world. And she was mine.

Losing a mother is hard enough. I lost my best friend. Someone to whom I told damn-near everything. I didn’t keep secrets from her. I could storm through our front door after a long day and felt comfortable telling her everything that had pissed me off in the past several hours. The best part was she would listen to every word. She’d offer advice and guidance, as only a mother could. Conversely, I could call her and brag about my accomplishments: being nominated for a Silverdome Award in radio, landing the morning show on a country station, providing updates on this very website and calling her within the hour of its launch.

She took unparalleled joy in celebrating my accomplishments, so much so that I think she forgot to celebrate her own. One doesn’t get to be a 30+ year veteran nurse without being downright exceptional.

I was her world. My grandmother told me she felt her life was incomplete until I came along; her only child, born when she was 33-years-old. From then on, I was her number one priority, probably to the slight chagrin of my father. “I’m trying to raise a productive member of society,” was a line I recall her frequently throwing out to my father whenever she felt like he was doing a disservice to my impressionable mind as a child. When she would tell the story of how I entered this world, she would say that the delivery was hell but raising me was the easy part.

I often joke that she went through all those labor pains to give birth to a damned radio DJ. The fact of the matter is this: if I told her I was joining the circus, her response would probably be something along the lines of, “so, where can I buy tickets?” 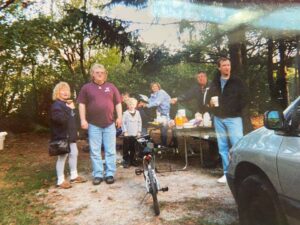 Some would say the beaming pride she took in my accomplishments was simply a mother’s duty. But I see a lot of my friends have strained relationships with their mother. I cannot relate, and I’m often deeply pained to hear that. No less, it reminded me not to take for granted the uncommonly selfless person she was. Above being my mother, my best friend, and my soundboard, she was my #1 fan. It was a lot to juggle, on top of full-time jobs, a household always in need of attention, finances, and personal obligations. She juggled it all valiantly. Until she couldn’t anymore.

Ever since I moved out of my parents’ house, I don’t think a day went by where her and I didn’t communicate in some form. I’ll take to my grave I called her every single day and talked to her for at least 30 minutes the last three weeks of her life. And that includes the day before she died. 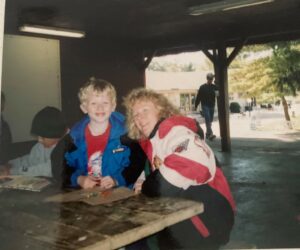 I would go as far as to tell her when I was going out, either by myself or with friends. I just wanted to remain honest with her. “Text me when you’re home,” was always one of the messages she’d send me on those nights. A couple Fridays ago, I walked to the bar and met up with some friends. As the night droned on, and the drinks were flowing, I checked my phone and half-expected that very text. These days, who cares if I get home safely?

Over the course of the longest yet shortest week of my life, my parents’ house turned into a community center. We saw probably 40 people stop by our humble abode, many of whom we hadn’t seen in a blue moon. Some brought food. Some brought cards. Some brought beer, even though we had (and admittedly drank) enough to float our livers down the Mississippi. Many stayed for hours, taking time out of their day, to console my father and thanklessly listen to our rants. No amount of thanks will ever do justice to her closest friend helping us sort paperwork the day of and beyond. Nor to her other friend, a funeral director, who put on the most incredible service imaginable. Nor to my father’s best friend, who broke the record of stopping by six consecutive days, staying for hours at a time.

Then there were my friends, three in particular, who I’ve kept close for many years. While I subconsciously knew they’d be there for me when the going got tough — as it has before, albeit to a far lesser degree — they stepped up in such profoundly humbling ways that I can only hope to do half as much when the devastating inevitable happens to them. For all the mistakes I’ve made in life, one I didn’t was in keeping the right people close.

Amidst all the crying, I must admit, there was a lot of laughing. “We keep laughing to keep from crying,” is a phrase I’ve adopted since that calamitous day. Even at her service, there were many laughs. It’s not terribly surprising. My mother not only had a uniquely contagious laugh, but anyone who has ever been to my house for any kind of gathering knew she wanted everyone comfortable, laughing, and well-fed. When I host a party, I find myself behaving the same way she would: always on my feet, seldom sitting down, and tending to anyone who needs it. 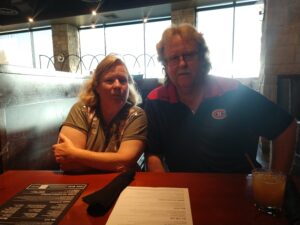 The path forward for me and my father is murky at best. Anything important under our roof, my mother handled with better comprehension than him and I put together. By comparison, dad and I are Laurel and Hardy. The tragic fact of life is that when something horrible happens to your family, the world doesn’t stop while you process things. Bills keep coming. Work still needs you. And momentary bouts of anger that lead you to impulsively kicking or punching something will do nothing to change the unshakeable fact that your mother is dead and gone.

I’d like to end on a positive note, but I’m not sure I can. Not with so much uncertainty plaguing me and my father. Among several, pithy musings I’ve heard from a handful of people over the last hellish month and a half, few strike a chord as much as words I heard from a total stranger two days after my mother passed:

“You’ll cry about your mother. But don’t cry for your mother. She’s at peace. It’s the rest of us… who are fucked.”

With every phone-call to insurance agents, retirement plan companies, and various other institutions, believe you me. That’s unequivocally true.

Lastly, do me a favor: if you’re still so fortunate enough to have your mom and dad, or at least one of them, give them a call. 15 minutes. Talk about anything. And cherish it.

Songs that have helped me the last several weeks:
Bruce Springsteen – “You’ll Be Comin’ Down”
Drake & Future – “Where Ya At”
Lacy J. Dalton – “16th Avenue”
RMR – “Rascal”
The Statler Brothers – “The Kid’s Last Fight”
The Weeknd – “Ordinary Life”

Wow!! Incredible Steve – she’s so proud of you !

Steve, that was beautiful.

A beautiful, fitting remembrance of a saintly woman who touched so many. You’re right. There is so much to write about and yet everything feels premature. She shouldn’t be gone. We all still need her so very much.