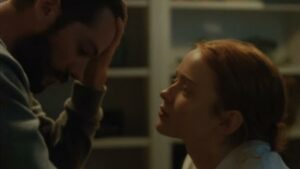 In the very near future, Taylor Swift will direct her first feature and it’ll unironically be one of the best films of that year. Her ability to contextualize moments, parse them with explicit detail, and provide the perfect amount of specificity to ensure they linger with the listener is why her songwriting strikes a chord with millions. She’s just like us when we overthink things in the shower.

In the thick of re-recording the albums that laid the foundation for the stardom she enjoys today, Swift’s latest creation is All Too Well: The Short Film, released in conjunction with her album, Red (Taylor’s Version). The short film serves as the debut of her 10-minute version of the song of the same name, which chronicles the relationship of two doomed lovers compounded by an age-gap (she’s just turned 21, he’s near-30).

Played by Sadie Sink (Stranger Things) and Dylan O’Brien (The Maze Runner) and known only as “Her” and “Him,” the short shows their rocky union. It segues from the two traveling to upstate New York for a rendezvous in the wilderness, to a bitter kitchen fight, to him ultimately standing her up on her 21st birthday. A pivotal moment happens at a dinner party with his old friends, where she’s secondary to everything happening. At one point, she reaches for his hand while he’s mid-conversation. He responds by callously dropping it on the table. Cue the aforementioned argument. She’s hurt. He has no idea what she’s talking about. A tale as old as time.

Characters drawn with precision in personality and mannerisms is one of the greatest secrets of storytelling. Over the last decade, with an enviable catalog of hits and piercing deep-cuts, Swift has become a master. It’s again on display here. At one point, she describes him sipping coffee and talking to her father like he was “on a late-night show.” More incredible specificity lingers both in visuals and lyrics with lines like, “There we are again in the middle of the night/We’re dancing ’round the kitchen in the refrigerator light.”

Cinematographer Rina Yang packages All Too Well: The Short Film with some gorgeous autumnal cinematography. She accentuates the piercing light against the fallen leaves, Sink’s red hair, and otherwise gloomy interiors, setting a mood throughout. Taylor’s extended version of the titular song starts and stops depending on the need for conversation to contextualize the scenes. Whether you learn it from watching this short on repeat — or if you’re like me, rewinding it to make sure the part that stings, stings a little harder the following time — or listening to the 10-minute ballad uninterrupted, it will leave you with lines you’ll hear in your head for sometime.

All Too Well: The Short Film is a bold, brilliant work that illustrates the ongoing maturation of Swift as more than a singer-songwriter. She’s an impeccably gifted storyteller with her detail-oriented narratives. Once she’s finished this era of rereleasing her classics, she’s got an even bigger story to tell. Just you wait.

NOTE: All Too Well: The Short Film is now available to watch on YouTube.