The Murders at Starved Rock (2021) review 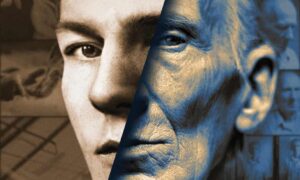 I can see Starved Rock State Park from my apartment window as I write this review. That’s how close to home The Murders at Starved Rock is for me.

I relocated to LaSalle, Illinois three years ago for work. I think I was here for two weeks before I heard the name “Chester Weger” brought up by a coworker. I never heard the story of the famous Starved Rock Killer prior to that. Despite the murders occurring back in 1960, you still hear the events discussed. I can think of two instances at two separate bars where I overheard them being intensely debated. You want to be a rabble-rouser at a local Illinois Valley gin-mill? Say the phrase “Chester Weger is innocent.” I wouldn’t recommend it.

The three-part docuseries arrives on HBO Max bringing further investigation and intrigue into three grisly murders that have left an otherwise sleepy community divided for decades. In March of 1960, three women — Frances Murphy, Mildred Lindquist, Lillian Oetting — from Riverside, Illinois took a four-day vacation to Starved Rock State Park never to return home. Two days later, their bodies were discovered in the park’s St. Louis Canyon, bloodied, beaten, and partially disrobed. An investigation into employees at the nearby Starved Rock Lodge led to 23-year-old dishwasher Chester Weger being named the suspect. Weger was a lanky loner, who had been tied to a rape at the nearby Matthiessen State Park sometime prior.

Weger wound up confessing to the murders in November of that year only to retract his statements shortly after and proclaim his innocence ever since. He was sentenced to prison in 1961 before being granted parole by the Illinois Prisoner Review Board by a vote of 9-4. He was officially released in February 2020 — just in time to be forced back into lockdown due to the COVID-19 pandemic. Weger was previously the longest-serving inmate in the state of Illinois, incarcerated for nearly 59 years. 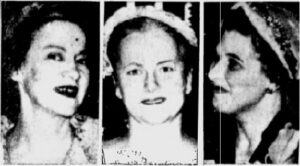 The Murders at Starved Rock is told from the perspective of LaSalle-native David Raccuglia, who started filming this documentary in 2005 before hitting a dead-end in the process. David is the son of Anthony Raccuglia, the prosecutor responsible for putting Weger behind bars. The groundwork is laid in the first episode, where David recalls viewing Chester Weger as “the boogeyman” as a young child. Such evil was never thought possible in a tight-knit, working-class community where people left their doors unlocked at night. David makes no qualms about his lifelong obsession with the case. What he’s searching for exactly is hard to articulate. But like so many in LaSalle and the larger Illinois Valley area, David is convinced there’s more to the story.

The second episode gives a platform to a vocal bunch known as “The Committee to Free Chester Weger,” which is led by a local named Bob Petre. This eccentric members have spent an ungodly amount of hours parsing fine details of the case, and have drawn attention to the compromised evidence and sketchy narrative. Ultimately, many are hung up on the notion that one rail-thin man could’ve clubbed, tied, and murdered three women before “displaying” their bodies on a ridge. To them, it seems highly unlikely, if not impossible.

Raccuglia and director Jody McVeigh-Schultz admirably give this committee ample screentime, thus demonstrating strong even-handedness in their approach. There’s just enough information presented to make the “Chester Weger is guilty as sin” crowd pause, if only for a minute, and reconsider the story they’ve come to believe overtime. 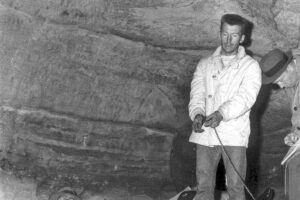 However, the third episode dispels many of these theories pretty swiftly, and effectively I’ll add. One person you’re not going to sway in believing Weger is innocent is Steve Stout, as big of a name in this area as there is. A local historian and a charismatic personality, Stout wrote the 1982 novel The Starved Rock Murders, which has been the unofficial Bible on this story since its publication. One gets the impression Stout has heard every possible theory regarding Weger’s innocence and has spent hours debunking them publicly and/or privately.

Also drawn into focus in the third episode is Weger’s release from prison, where him and his family work with their current attorney, Andy Hale. After helping Weger see the outside world, Hale has since redirected his focus to exonerate him by way of pursuing cutting-edge DNA testing. I don’t think it’s a coincidence that Weger was successfully paroled in the wake of Anthony Raccuglia’s passing. Archival footage shows Raccuglia’s impassioned speeches at these many hearings over the years. He couldn’t bear the very thought of Weger being a free man after the generational trauma he caused to three families on top of a larger community.

David Raccuglia provides this series with a strong central voice on a story that — despite years of exhaustive research and investigation — still leaves him hungry for any tidbit of information he might’ve overlooked. The series is littered with poignant moments from multiple different people. Perhaps none greater comes in the third episode, when Chester’s son Johnny gets to hug his dad for the first time in many years. Johnny has been in-and-out of prisons for various offences for years, and at one point spent four months behind bars with his father. “It was the most time I ever spent with my dad,” he says while fighting tears. 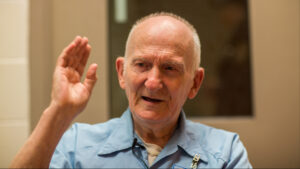 If The Murders at Starved Rock makes one crucial mistake, it’s coming out a year too early. It ends on the most unsatisfying of cliffhangers, with more noteworthy information unlikely until 2022. Why HBO couldn’t wait a few more months and tie up an otherwise impressively comprehensive, respectfully local account of these events is a mystery. It results in a compelling documentary that lacks a sufficient conclusion.

Credit is due to Raccuglia, McVeigh-Schultz, and editor Christian Jensen who did the difficult task-work in unpacking a seriously complicated case, the likes of which we’ll never be able to demystify entirely. It’s striking to see how tense and combative some subjects get when discussing the case, finding themselves defending their beliefs as if it’s a political debate. That’s what happens when a quiet area bears witness to something so profoundly tragic. The lingering effects are felt for generations, and “gathering the facts” is a lot easier said than done.

NOTE: The Murders at Starved Rock is now streaming exclusively on HBO Max.