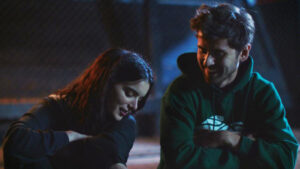 Doing Your Twenties: On Cha Cha Real Smooth and the Cool Uncool-ness of Cooper Raiff

There’s the Grammy-winning show Schitt’s Creek. There’s the profound gangsta anthem “Shitsville” by Freddie Gibbs. And now there’s Shithouse, one of the best films of 2020.

Don’t be fooled by its acidic title: Shithouse is a disarmingly sweet film about a sensitive soul navigating the treacherous waters of college. Among everything it does well, perhaps its best play is positing its dichotomous leads in an empathetic way, justifying their respective outlooks to life and romance in a refreshingly mature manner. In many ways, this film felt like a documentary of my first year of college, however I promise that’s not the sole reason for my high praise.

Written, directed, produced, and edited by Cooper Raiff, who also serves as the film’s lead, the story revolves around Alex Malmquist, a freshman at Occidental College who’s been having a rough go. He’s away from home for the first time in his life, and his nights are usually spent alone in his apartment, conversing with his stuffed animals (wholesomely captured through subtitles). When he feels alone — which is often — he dials up his mom (Amy Landecker) and his sister (Olivia Welch), or tries to make small-talk with his party-hardy, heavy-drinking roommate Sam (Logan Miller), usually to no avail. For the first time in his life, away from his family, friends, and comfortable hangout spots, Alex feels unequivocally alone.

Reluctantly, he takes the advice of Sam and goes to a party at a frat known as “Shithouse.” Despite being on the knife’s edge of having sex, he slips out and calls his mom — feeling alone and confused. He returns to his dorm where he bumps into Maggie Hill (Dylan Gelula), a sophomore RA who is wide awake and seeking company. “Wanna hang out?,” she asks casually, which at that time of night is often young-people code for “hook up.” Back in Maggie’s dorm, they drink wine, converse about the perils of college, and sleep together (sort of). A sense of urgency emerges when Maggie tells Alex about the passing of her pet turtle, which she unceremoniously discarded in a shoebox in a campus dumpster. Alex can’t live with her caustic burial. The two retrieve the turtle and proceed to give it a proper burial while roaming the streets of Los Angeles in the late hours of the evening. Romance seems to be blooming. 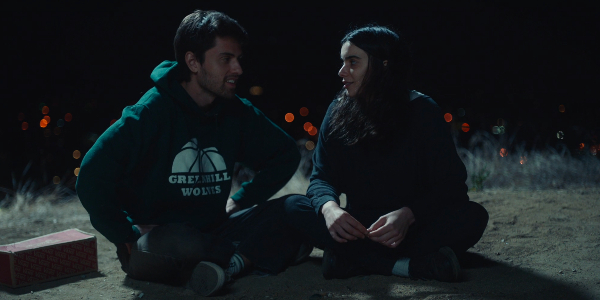 But after an ostensibly eight-to-ten-hour hangout, the next morning, Alex awakes to a moody Maggie. He’s understandably confused by her suddenly offput attitude towards him and the entire situation. Like a clueless man navigating his first experience with romance, he sends her too many Instagram messages, comes off as clingy, and can’t help but wrestle with what he said/did to make her so resistant all of a sudden.Shithouse is a film for those who spent the bulk of their first year of college mostly alone, calling their moms for comfort, and mistaking a life-lesson for love. Beyond the unshakable relatability for myself, there’s a plethora of keen observations on college isolation and millennial hookup culture delicately handled by the 23-year-old Raiff. Starting with Raiff as an actor, he’s a commendably natural presence. His reactive, puppy-dog eyes and bright smile make him affable; he’s the rare blend of handsome and awkward that make him endlessly charismatic even when he’s mopey.

As a writer, however, is where Raiff truly shines. He illustrates both Alex and Maggie as wayward young people that have their foibles put on display in conjunction with their youthful innocence. When it comes to the night after, neither one of them is inherently wrong-headed or outwardly evil in their approach to the situation. Raiff thankfully robs the film of an antagonistic tone. Alex and Maggie are both different people that the waves of college helped guide towards one another. Their opposite outlooks are precisely what they needed at that moment in time as opposed to a relationship. 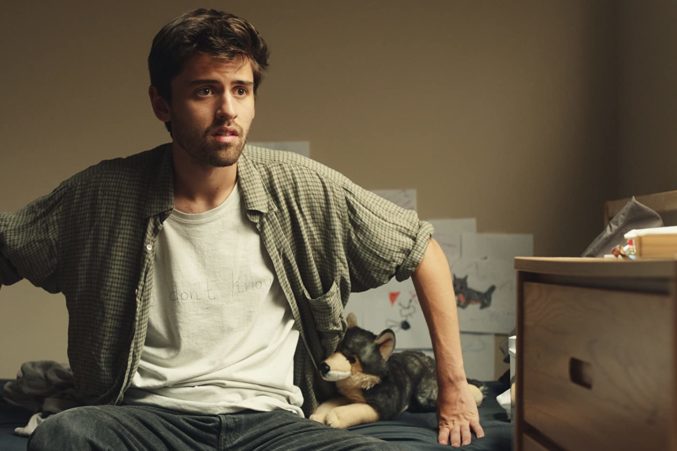 If anything, Raiff shows one of the greatest pitfalls between two romantic partners in college is the lack of communication, as unsexy as it can be. Alex expects a continuation of a budding relationship when he awakes in Maggie’s bed the following morning. Maggie expects him to get dressed and leave. While that might be customary of a Tinder hookup, it would’ve been nice of Maggie to tell Alex that she’s happily single or simply looking for Mr. Right Now as opposed to Mr. Right. On the flipside, Alex pushes way too hard when the two go about their morning separately, incessantly “liking” her Instagram pictures and sending message-after-message despite no response. But when you’re young and just spent your first night with someone who makes you feel good, the heart often outraces the head — at least the first go-round.

Maggie certainly doesn’t owe Alex anything but an explanation, and Alex clearly never got the memo that being too available in the eve of a romantic encounter is a turn-off for many.

Furthermore, Raiff does something I’ve yet to see in a movie in many a moon and that’s portray male crying as no laughing matter. Far too often, especially in comedies, when males cry, it’s played for laughs, with snot and tears obnoxiously filling the screen as we are swayed to see that same man as pathetic for showing his emotions. Raiff’s Alex sheds many tears throughout Shithouse, whether he’s choking up on the phone just from the sound of his mom’s voice or letting one slip while arguing with Maggie. Men cry too and not always in the shower. Kudos to Raiff for giving those who feel our tear-ducts loosen when we’re frustrated or upset in the moment some visibility.

While often fixated on Alex and Maggie’s romantic evening, Raiff too shows the randomness of college. The two abruptly join in on a softball game when a team is down a couple players, and Alex and Sam find themselves crashing a basketball party. My personal favorite comes during a late montage when Alex is playing basketball by himself, doing anything to take his mind off of Maggie. In a quietly true-to-life moment, a stranger walks up and gestures for the ball. He feeds Alex the ball after numerous shots, and a few beats later, they’re sitting on the court with the stranger’s arm around Alex’s shoulder as he sheds more tears. You haven’t experienced the agony of college if you’ve never seen nor consoled a stranger during a mental breakdown. Furthermore, Rachel Klein’s cinematography gifts the film a midnight teal visual-style, as if projecting a coolness onto the film that its main character often lacks. It’s a sly juxtaposition. 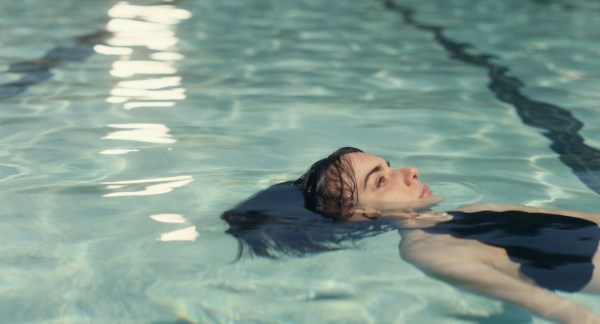 What a beautiful film Shithouse is; so beautiful, I almost wish Raiff would’ve opted for a more couth title so as not to make it the enemy of search-engines and conventional advertising. College is about learning in multiple respects. At one point, Maggie informs Alex, who is desperate for friends and human interaction, that college isn’t about learning how to be a good friend, but being selfish in hopes to work on the person you want to become. She has a point. By the end, Alex teaches her to be a touch more sentimental and appreciative of the human experience. In return, Maggie teaches him to be independent, and moreover, to quit sulking and wishing his social-life was greater than it was while remaining passive to the landscape around him.Sure, making out and having sex is great, but have you ever inadvertently been told not what you wanted but needed to hear from a stranger of the opposite sex? That’s one of a handful of rewarding parts about college you don’t value until it’s gone.