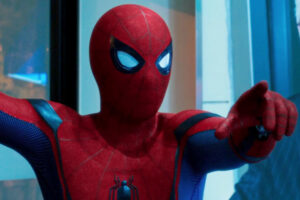 “I can’t believe that worked,” Spider-Man mutters to himself during the inevitable climactic battle of Spider-Man: Homecoming, echoing the sentiment of his tireless but still amateur webslinging and combat skills paying off in the knick of time. Exiting the film, I believe I caught myself muttering the same phrase to myself. Here we have the third attempt at a long-running franchise featuring the arachnid-bitten hero in fifteen years, this one also being the second reboot following the adequate but terribly unremarkable Amazing Spider-Man films at the hands of director Marc Webb. At this point, we should have given up on Spidey regardless of whether or not he finally appeared in a great film.

But we didn’t; at least I didn’t. I have no idea how the masses and the die-hard comic fans will respond to this effervescent and light-hearted rendition of the hero, but I can say that I thoroughly enjoyed it. After being cruelly disappointed by Guardians of the Galaxy Vol. 2, seeing Marvel make my favorite comic-book character explode on-screen with life, dimension, and heart not seen since Sam Raimi’s genre-staple Spider-Man 2 back in 2004 indubitably marks one of the most beautifully cinematic moments of 2017.

Thankfully not another origins story where we must watch Uncle Ben succumb to an untimely and brutal fate yet again, Homecoming opens with Peter Parker already well-acquainted with his duality of Spider-Man, despite not being quite sure how to handle it properly. After an expository opening that shows the creation of the U.S. Department of Damage Control in collaboration with Tony Stark (Robert Downey Jr.) and the federal government, the film gives us Parker’s video-diary of his first, superhero-packed outing as Spider-Man as seen in Captain America: Civil War, only this time through his eyes. It’s a fun little tip-of-the-hat that adds to the alternate perspective in film that’s almost always interesting.

Peter lives with his Aunt May, played by Marisa Tomei, who is now the apple of everyone’s eye, and keeps his Spidey secret from both her and everyone at school. When his best friend Ned (Jacob Batalon) finds out his secret, however, things begin to unravel as Peter is simply trying to wait and be patient until Stark or “Happy” (Jon Favreau), his and Stark’s bodyguard, call on him in need of assistance. In the meantime, Peter waits anxiously going through the drudgery of American public school curriculum, occasionally rescuing a bike or misinterpreting a man going to work as a carjacker. He also tries to win the heart of Liz (Laura Harrier), a fellow member on the American Decathlon.

Peter runs into trouble when he bites off more than he can chew, taking advantage of his powers by way of his own immaturity as he grows patient with this “Stark internship.” He becomes overly curious with the prevalence of massive arms and artillery that have the power of anti-gravity force-fields and combustion powers, eventually using the technological prowess of Ned to track down Adrian Toomes’ (Michael Keaton) involvement. Toomes is a former salvage worker who urges his crew to continue producing and housing weaponry using the Chitauri technology despite his company being put out of business by Stark’s Damage Control Department.

Peter Parker is played by Tom Holland, an exuberantly talented young actor who probably would’ve been the perfect fit in a John Hughes movie. Holland is tasked to do many things here, for the six-credited screenwriters have a tug-of-war with him being the likable if unabashedly geeky kid in a teen movie in addition to an acrobatic superhero over the course of the film’s 130 minute runtime. He assimilates very well, but is also aided by a great balance of breezy wit and comic timing that completely contrasts the miserable “quippiness” of Avengers: Age of Ultron as well as the contrived humor in The Amazing Spider-Man.

This comic energy is elevated and often encouraged by Spider-Man’s frequent incompetence as a hero, which can be pretty brutal as he haphazardly hurls himself through suburban skylines, narrowly missing chimneys and prolifically crashing into backyards, fences, and dumpsters. Something that could’ve been incessant makes for a detail that deeply humanizes the character and highlights his inexperience. Parker’s bumbling and fumbling feels characteristic of many of us as humans if we turned into heroes over night, as opposed to those like Batman and Superman who automatically know themselves and their motions the second they suit up for the first time.

Other details in the film, such as pacing and big, recognizable faces like Keaton, Tomei, and even Donald Glover and Tony Revolori (The Grand Budapest Hotel) in quietly pivotal roles make the gravity of Spider-Man: Homecoming outweigh the weaker installments of its character and other Marvel movies. I even loved he sincerity of Batalon’s Ned and his awkward teenage energy that never felt contrived nor out of place. This is the most entertaining Marvel film since Deadpool (am I foolish for crossing my fingers for a crossover following a bit of a rights debacle?) because it’s both content on relying on our prior knowledge of a character and giving us something different, wilder, and looser as a thank you for holding out.

The film was directed by Jon Watts, who impressed early in his career with the menacing thriller Cop Car, starring Kevin Bacon, and the low-budget chiller Clown, which was produced by Eli Roth but had its American distribution tied up for legal reasons. Watts gorgeously captures the action through clarity and spatial consciousness. I saw the film in 3D against my initial wishes, but came out satisfied despite the surcharge and mildly muted color palette having experienced some terrific, dimensional depth and even slight vertigo during the excellent sequence at the Washington Monument.

Spider-Man: Homecoming is an amazing amalgamation of light-hearted comedy and the darker, more mature side of Marvel that is slowly but surely rising to the surface. It offers an intricate but well-paced and conceived timeline of events that carries past the inevitability of having a marginally convoluted battle at the end, but gets humanization, big-screen fun, belly-laughs, and lovable characters on the rebound to cushion that minor blow. It’s all the fun of a Marvel movie with the large stakes and ostensibly insurmountable odds with added doses of relatability and intimacy to level the playing field.